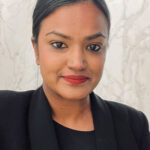 Sherleen Chand is the Principal of Criminal Lawyers Sydney

She is a highly sought-after criminal defence lawyer who has an outstanding track record of successfully defending clients who are accused of serious and complex crimes; including several notable murder, intent to murder, manslaughter, aggravated sexual assault, multi-million dollar fraud and commercial drug importation, supply and manufacture cases.

Ms Chand  is a formidable criminal defence lawyer who is respected by judges, magistrates, police and DPP lawyers alike, and is frequently able to persuade prosecutors to discontinue criminal proceedings altogether, or accept significantly reduced charges in cases where the prosecution evidence is strong.

Ms Chand has extensive knowledge of criminal law and procedure which was evident in a recent case where she represented her client involving in a highly complex murder case involving multiple Co-Accused’s. Ms Chand worked closely with the NSW Homicide Squad and negotiated with the team where she was able to successfully secure an induced statement for her client, who was ultimately not charged.

More recently, Ms Chand appeared in the regional court as an instructing lawyer in a jury trial for an aggravated sexual assault matter relating to a child. Her client was acquitted on all 10 counts on the indictment.

Ms Chand has also previously appeared for her client who was charged with stabbing of a police office whilst in execution of their duty. The proceedings commenced in local court proceedings where Ms Chand obtained relevant psychiatric materials, prepared the case for trial with a defence of mental illness in a judge alone trial, achieving the outcome of not guilty by reasons of mental illness.

Ms Chand also achieved an outstanding result for her client who was charged with Commercial Drug Supply. Ms Chand negotiated with the Director’s office by way of written representations and was successful in securing a plea negotiation for Drug Possession and matter finalised in the Local Court. Substantial preparation was done by Ms Chand for this plea, where a no criminal conviction was ultimately recorded for her client.

Ms Chand is also vastly experienced in interlocutory matters such as bail applications and committal hearings, having achieved success in cases where clients received advice from others lawyers that positive outcomes were impossible to achieve; including bail in commercial drug cases involving in excess of 300 kilograms, murder allegations and extremely serious multiple sexual assault allegations, and the discharge of defendants at committal hearings despite the prosecution evidence initially appearing to be insurmountable.

Ms Chand achieved success in bail for her client involving in excess of 300 kilograms of drug importation, and was successful in Supreme Court Bail for her client who was extradited from Thailand and charged with extremely serious multiple sexual assault allegations against a child in the Supreme Court which was highly publicised in the media.

Ms Chand has also represented her clients in serious cases in the Children Court of cases involving multiple co-accused committing robbery in company. With extensive knowledge in children’s criminal proceedings and substantial case preparation was done by Ms Chand and she was able to avoid a criminal conviction for her client.

She excels at developing and implementing defence strategies that achieve results, and has the ability to digest enormous amounts of material, identify flaws and build defence cases that lead to positive outcomes.

She also has substantial experience in less serious matters that remain in the Local Court, such as many assaults, drug cases, larceny and fraud cases, AVOs and traffic matters such as drink and drug driving, driving whilst disqualified, negligent driving and licence appeals.

Ms Chand’s clients benefit from her experience and expertise, professionalism, dedication and dogged determination, and her formidable courtroom skills.

She is an integral member of Sydney’s best criminal defence team.